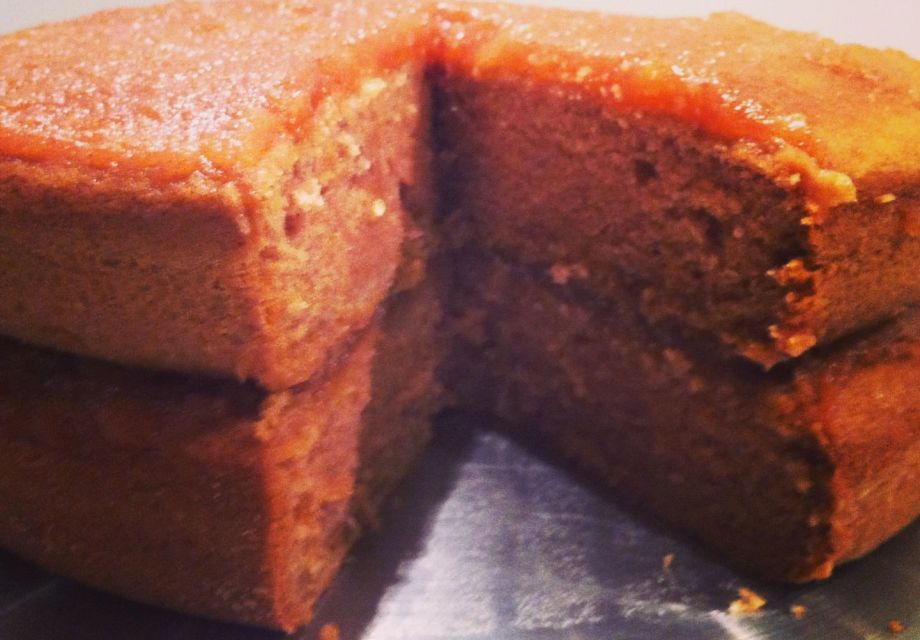 This is a moist and fluffy cake, which you absolutely cannot tell is vegan. I would make this even when I am not observing a vegan fast. Apple-y and cinnamon-y it is the perfect cake with a cup of tea, and does well even without the additional layer of apple jam. 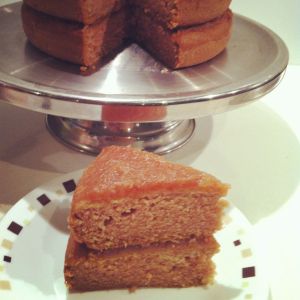 For the apple jam

1. Combine all the ingredients in a pot over low heat, and cover until the apple softens
2. Remove the cover, and continue to stir from time to time until the apples breakdown completely
3. Test the seasoning for sweetness and adequate cinnamon levels and leave to cool
recipe yields apprx 600ml apple jam

Pre-heat the oven to 180 degrees celsius non fan forced
1. In a non reactive jug, combine the soy milk and vinegar and leave aside to curdle
2. Using an electric mixer, cream the butter and sugar together until light and fluffy.
3. Gradually add the curdled soy milk mixture while continuing to mix slowly in the mixer (mixture will look lumpy at this point – do not fret)
4. Add the oil and mix until combined
5. Add the apple jam and mix until combined
6. In a separate bowl, mix the flour, salt, bicarb soda, and cinnamon
7.Gradually add the flour to the cake batter while mixing on low speed. The mixture should start to become smooth and look like a regular cake batter and it should smell pretty amazing!
8. Oil and flour 2 x 9 inch round cake pans and divide the batter equally among them
9. Bake in the oven for 25 minutes (checking in after 20) the cake is done when a skewer inserted into the centre comes out clean

5 thoughts on “Vegan apple and cinnamon cake with apple jam”